Our dad circa 1950’s cruising around Jaltepeque in his boat Kickapoo. Apparently he was a fan of American comic strip Li’l Abner, in which two of it’s characters – Hairless Joe and Lonesome Polecat – spent all of their time brewing large vats of moonshine which they called Kickapoo Juice.

Most people don’t believe me, but this is a true story: I still have a very vivid picture frame of when I was a toddler; lying in my crib at this house – staring at the ceiling through the mosquito net. I can still see a couple of bats hanging upside down directly above me. This was the late 1960’s.

We grew up with all types of critters around us: frogs, spiders, scorpions, snakes or lizards of all shapes and sizes that often ended up in the shower with us (or bathrooms). At one point we even had a couple possums falling through the ceiling and landing straight on our beds in the middle of the night. Of course, that was years ago, and a lot has changed since then. You don’t have to worry about having a heart attack once you turn off the lights!

The estuary – along with our parents – helped shape who we are today. We had so much fun growing up here; running around barefoot, exploring the surroundings and getting in trouble more often than not. It was a beautiful thing. No stress, no worries.

We feel lucky we had parents who passed on to us such a strong passion for the outdoors. They taught us from an early age to respect the environment and all living things. Our love and curiosity for the ocean and marine life was inevitable. Swimming, diving, surfing, water skiing and fishing was something we grew up doing. We just can’t imagine having grown up without sand in between our little toes.

We learned to water ski in record time. Not so much because of talent, but because of sheer terror. This was the 1970’s and the movie Jaws had just come out. The movie’s theme song would immediately start playing in our heads any time we fell into the water. Waiting for the boat to pick us up always seemed to take forever. The murky water and occasional floating driftwood just added to the spookiness of the place; the shark vibe never missed to kick in. To make things worst – and this was the fun part – the one sibling driving the boat would keep going; acting as if he hadn’t noticed the skier had long time fallen. By the time the boat came around the driver couldn’t wipe the smirk off his face fast enough. Whoever happened to be in the water was usually pulling a full-blown tantrum. This was an ongoing thing. No problem, we always got the chance to return the favor.

We are often asked if there are sharks or crocs in the estuary. Our answer is always the same: “We sure hope so!” Bull sharks, a species known to patrol our waters, are known to travel up the Mississippi River as far north as Illinois. So for most marine life, swimming in and out of the salt water estuary is a sure thing. We know sharks are out there, we just hope our government does more to protect them. The same goes for crocs, we occasionally see them as we troll through the mangrove forests.

Today, after many years abroad, we feel the happiest back home. We would like to share a little bit of happy while you stay with us. After all, El Salvador has been named by The Travel Channel one of the happiest countries in the world! 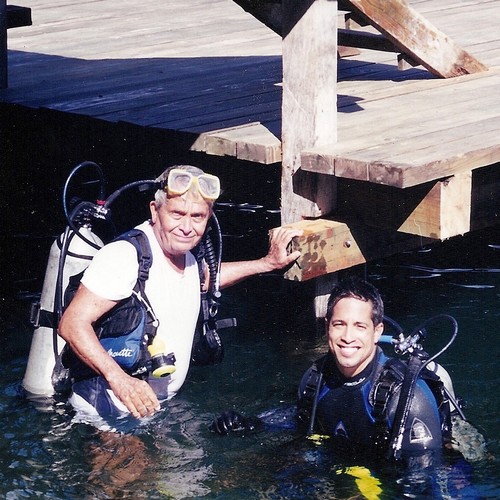